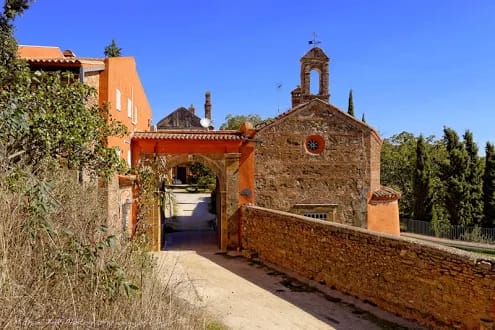 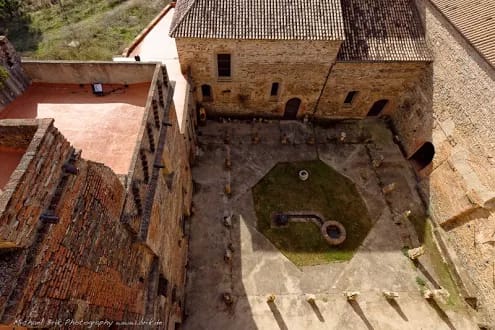 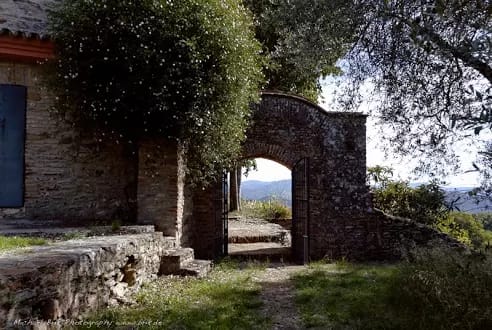 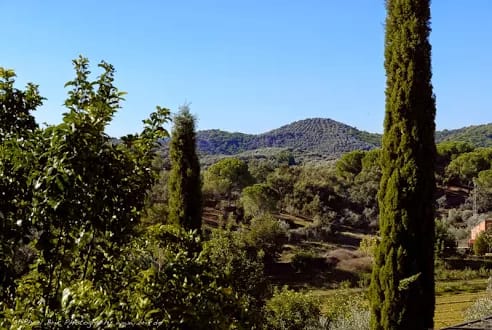 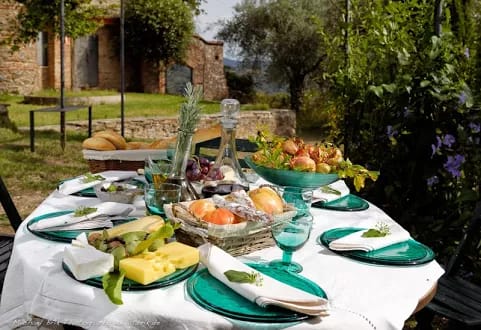 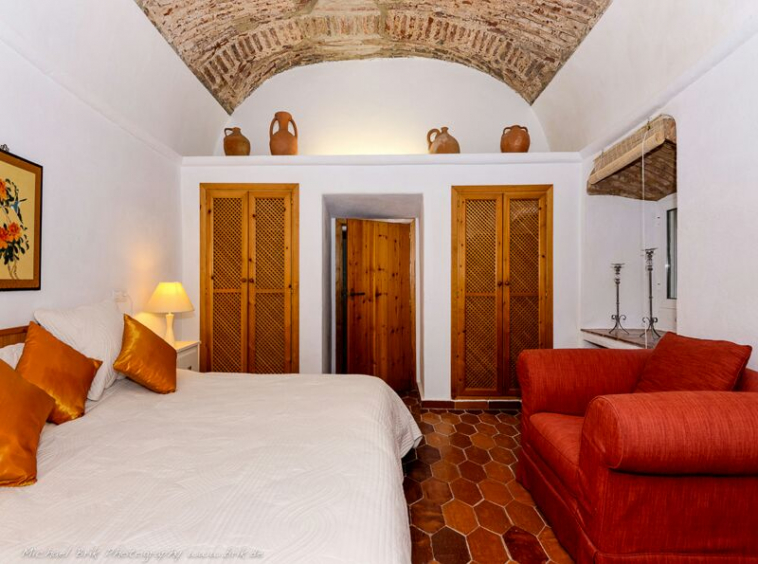 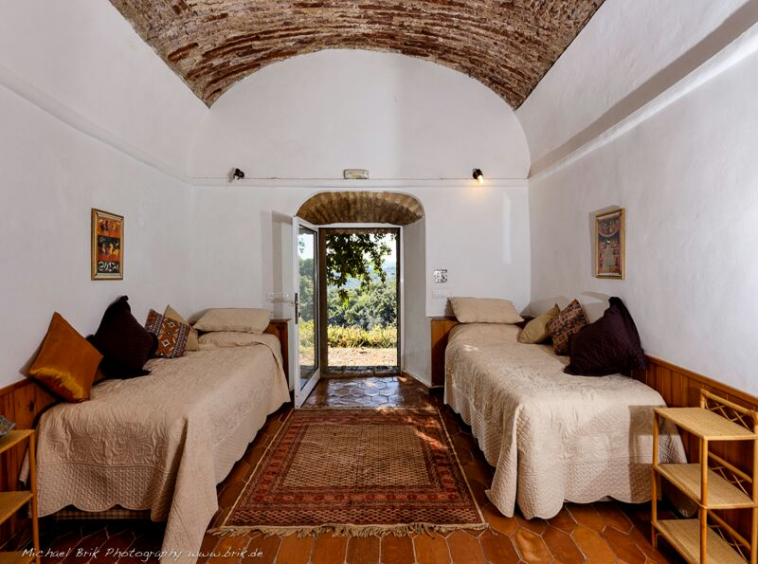 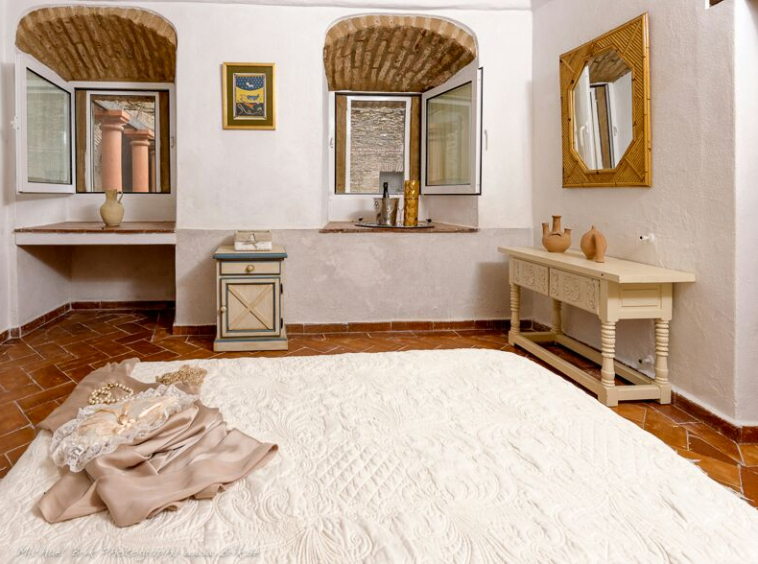 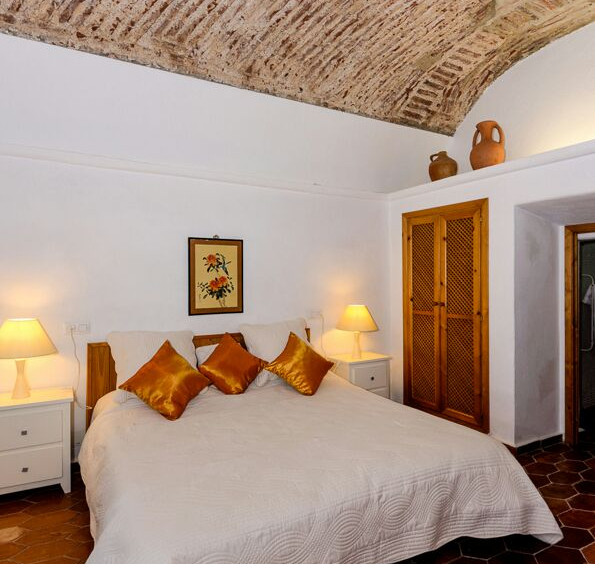 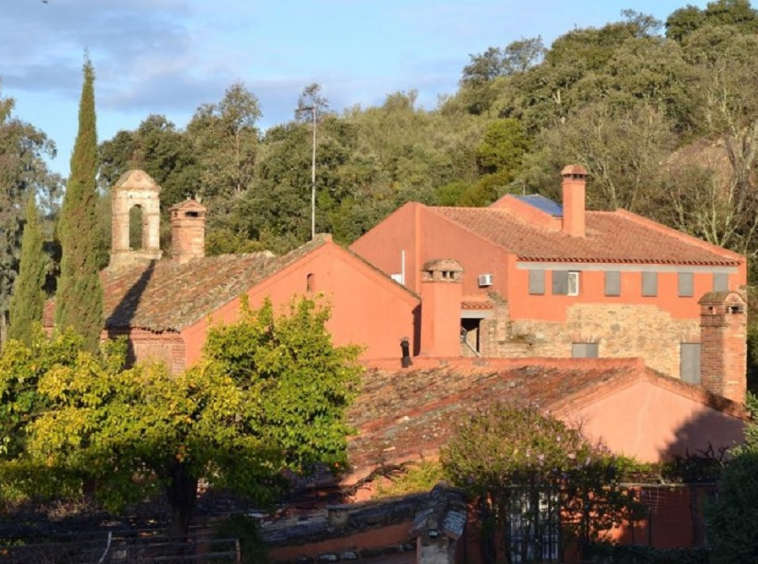 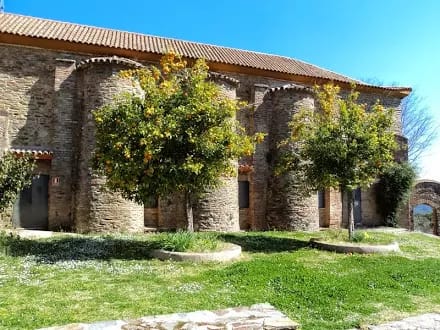 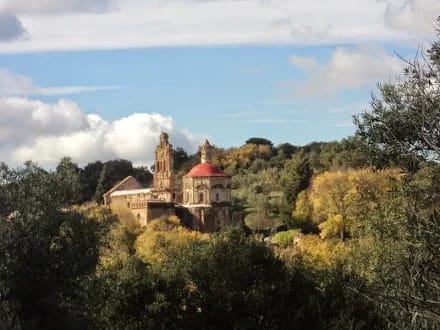 Located on a plateau in the Sierra Morena (north of Seville), just over one hour from Seville airport, within the Sierra Norte Natural Park and surrounded by mixed woodlands, majestic cork trees and olive groves, the setting is exceptional.

The grounds house a complete Carthusian monastery, former ruin since the expulsion of the monks in 1836, nowadays all consolidated since its restoration which began in the early 1980’s, except for the 3rd cloister in the back, facing the valley.

The site includes a number of buildings of high historical value such as the main church and chapels. interior patios and cloisters, all of which have been structurally restored
and/or converted into dining and party halls for celebrations, concert halls for cultural activities, exhibition halls, conference rooms, bedroom suites and a spacious art and pottery studio equipped with a ceramic kiln.

The setting is magical, with awe-inspiring views to the Sierra Morena where one can observe horses, sheep and Iberian pigs grazing and foraging in nearby pastures.

The premises features abundant fresh water, with an artesian well which is the main reason this site has been inhabited since time immemorial and also the reason the Carthusian monks built their charterhouse on the remains of previous settlements.

The Cartuja went through a period of deterioration, a degree of which has been purposefully kept, giving the monument a romantic look and feel. Restoration works over the past 30 years have been substantial, the roofs and ceilings of the main buildings have been structurally consolidated, and so have the monumental kitchens and the monk’s dining-hall, and the former water-operated mill adapted into a swimming pool and reservoir. Some of the
chapels and monk’s cells have been converted into new rooms and suites that are currently managed as a rural guesthouse. 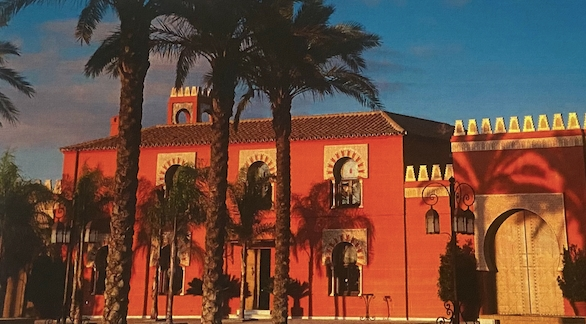 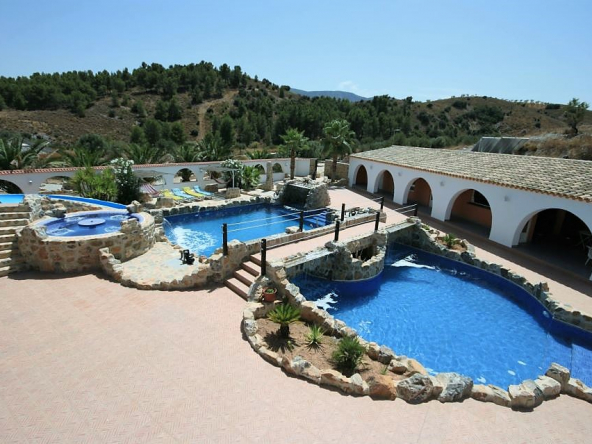 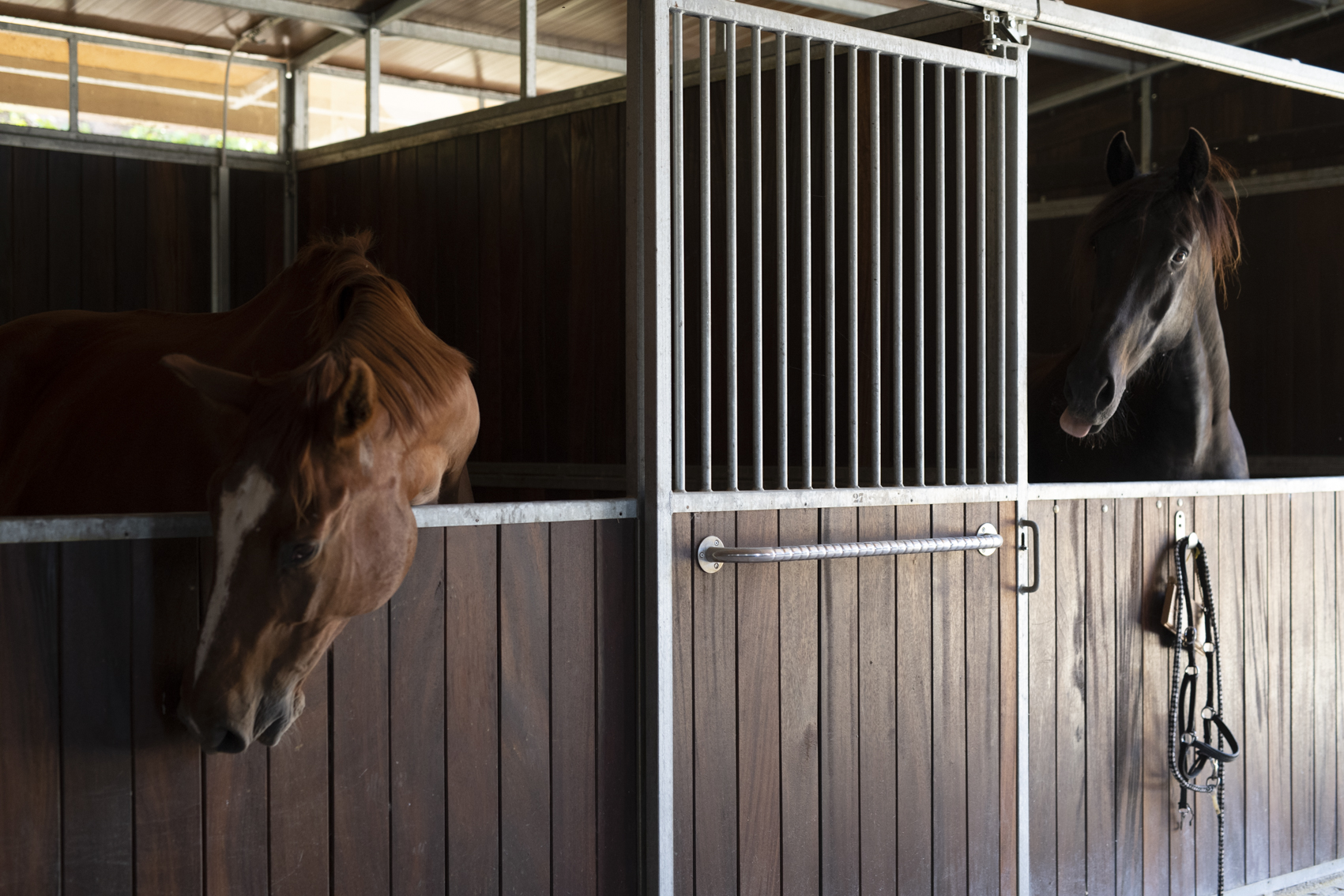 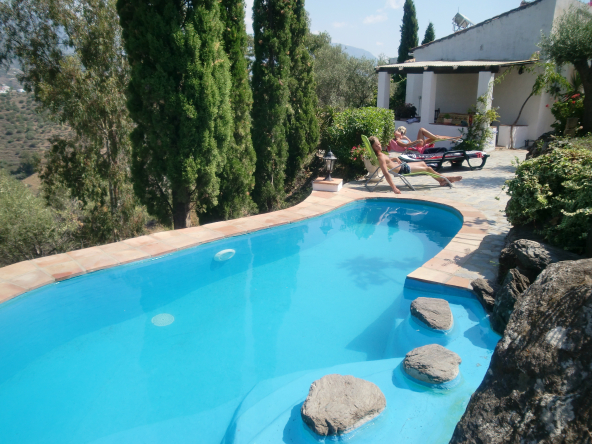 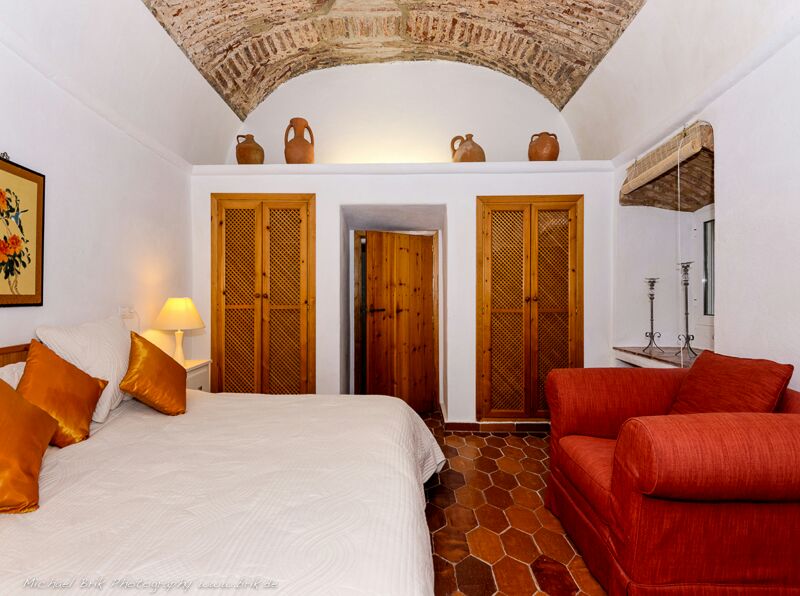 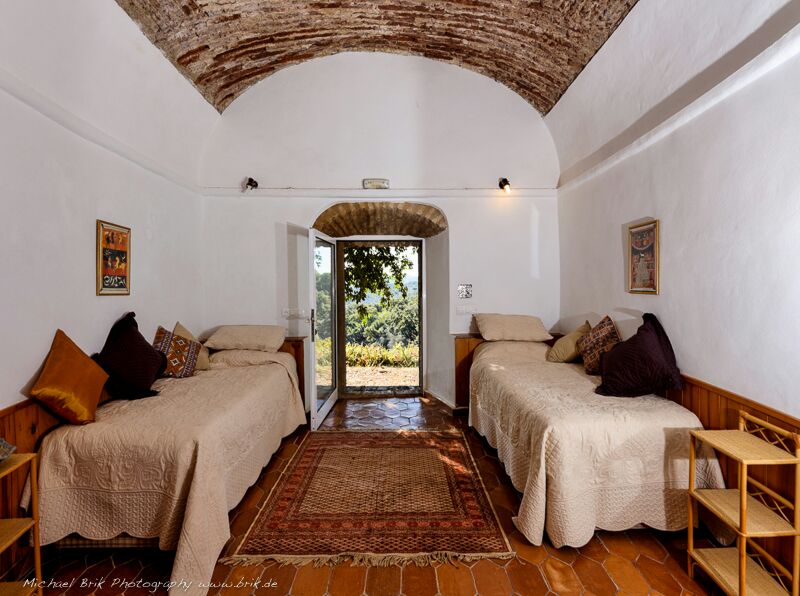 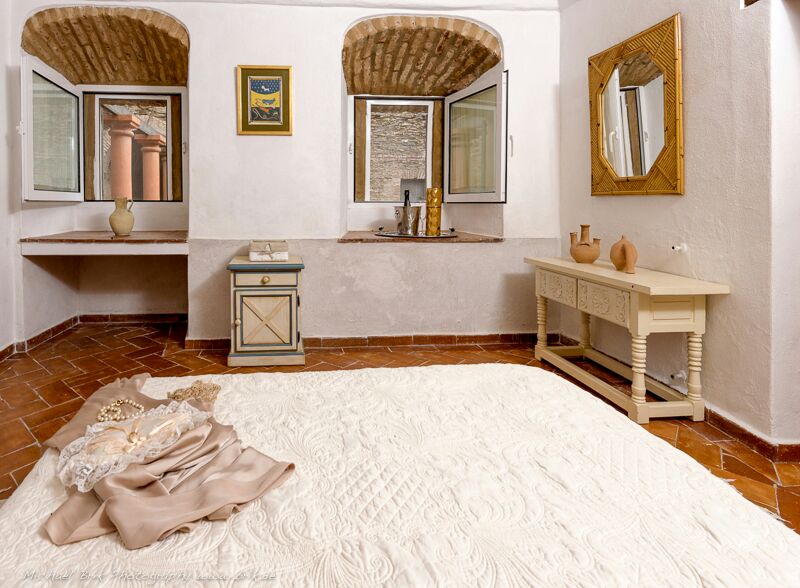 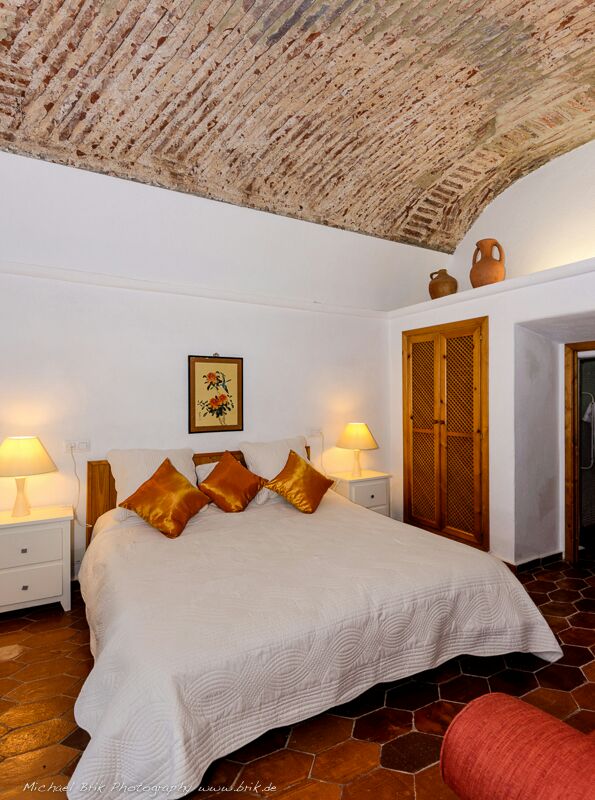 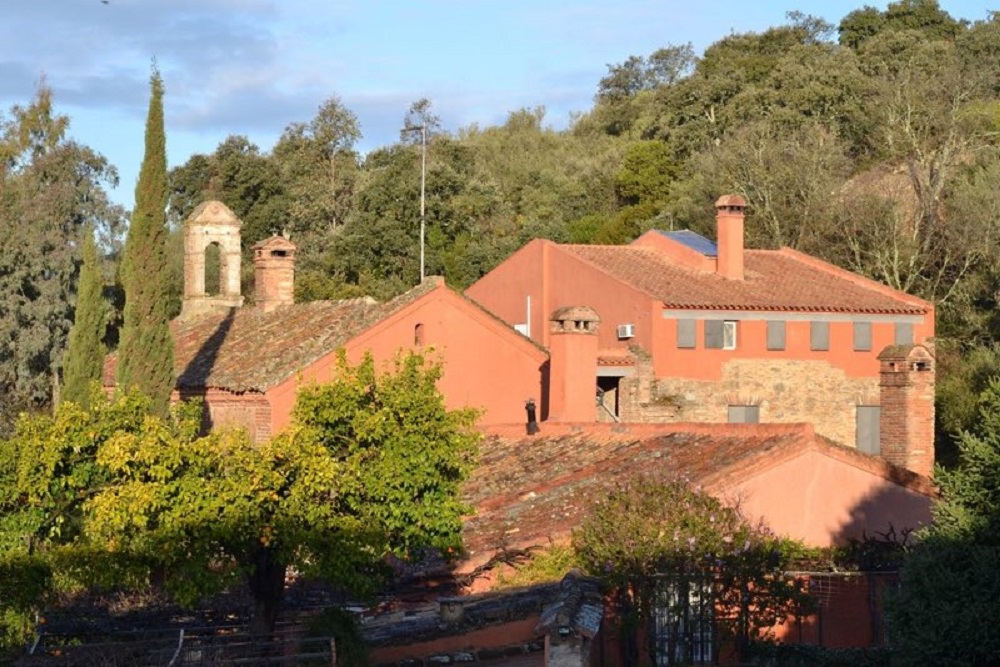